I say this is a boost for Xamarin because it should greatly drive adoption if it presumably gets bundled in Visual Studio for free, in lieu of the pricey license previously needed for the toolset.

I was a huge advocate of WPF, XAML, and MVVM coming off winforms. However, with the advent of data-binding on the web with the likes of angular, the death of Silverlight, and the lack of direction for WPF, I’m sad to say XAML is a dying language. Acquiring Xamarin will give it one last dying breath, but this too shall pass.

As exciting as this announcement is, I still have my money on HTML and JavaScript (e.g. Ionic and Cordova.)

microXchg 2016, the two-day Microservices Conference, just wrapped up in Berlin.

Lucky for us, they published all the videos on their youtube channel.

Microsoft Node - Put a Fork in It

I continue to be impressed with Microsoft’s new commitment to OSS.

The latest addition being their JavaScript engine, ChakraCore.

Even more interesting is that they forked node and are working on a pull request to have node officially support ChakraCore. They were able to accomplish this quickly by creating a V8 shim that reroutes API calls to their engine. Flip of a switch!

If you are curious just how difficult it can be to open source an existing product, “So You’ve Decided To Open-Source A Project At Work. What Now?” nicely describes all the things you’ll need to consider before taking the plunge and pushing to github.

In order to ease into ionic development, I came up with an idea for a display that shows the time elapsed since my twin boys last ate. My wife and I both have the Baby Connect app which we use to track feedings (and sometimes poopy diapers.)

Whenever one of the boys gets fussy, the first question asked is usually, “when did he eat last?” This is exacerbated when family is over helping to hold and feed babies. We have to reach for our phone, open the app, navigate to the appropriate child, and check the time of the last feeding. I know, first world problem.

Having done this enough times to go into problem solving mode, I thought it would be cool to have a display in the room which continously showed the last feeding times of each boy. Then, whenever someone feels inclined to ask said question, instead they could just look to the baby dashboard!

How is Babby Connect Formed?

As you might have guessed from the () heading, I first wanted to see if I could reverse engineer the app and get the latest feeding times.

My first idea was to have the ionic app scrape the website. This would probably be pretty messy, so I decided to instead write a proxy service to do the scraping instead. On second thought, I decided the mobile app must be calling into a service that I should be able to call directly.

Since I can’t use fiddler on OSX, I had to find a replacement. I discovered a fantastic little “interactive, SSL-capable man-in-the-middle proxy for HTTP with a console interface,” called mitmproxy. On my phone, I just needed to enable the proxy settings to point at my laptop, install a CA Certificate, and now I can sniff the encrypted network traffic as I interact with the phone app. Here is the tutorial I used.

After some poking, I realized the app only synchronizes updates from other users (e.g. my wife adding a new feed time.) I was able to get a complete data dump after deleting/reinstalling the app, but that was a non-starter. So I had to figure out how to get every update including mine, not just those added by my wife.

The solution? Create a new user!

I registered a “bot” account, and gave it caregiver rights on my account. Now, I can create a service that polls for updates from both me and my wife.

Now that I have the service request figured out, I could just called it from the ionic app. But their service requires things like authentication, and I’d have to track the last synchronized entries, so I still wanted to create a proxy that was simple to consume by my app. Another benefit is being able to patch the proxy service without having to deploy a new app. Separation of concerns and all that.

The easiest way I know to spin up a simple rest service is to use hapi.js. So let’s give it a shot.

You can find the server code here.

Each kid is given a unique ID which I made configurable in a config.json.

The service I’m calling is used for synchronization, so for each kid, you essentially need to ACK the ID of the last entry you received. I accomplished this by seeding a node-persist /persist/kid-map.json lookup file with an initial last property. I sniffed these values using mitmproxy.

I used the h2o2 proxy plugin to accept a GET \ request which internally makes a POST to the sync service. To request new entries, you zip the 2 values together in the query string like so:

The response body includes any new entries for each kid since the specified last entry. I update the kid-map.json with these values to be used in the next call. I also store the feeding data.

Finally, I used pm2 to keep the service running. The one issue I’m having is I can’t get the startup script to work correctly. When I reboot the server, the script appears to run, but I get a connection refused when hitting it. It starts working if I manually restart the service. Anyone know what I’m doing wrong?

Stay tuned for Part 2 where I create the ionic app to display the dashboard.

Tangled Up in Blue

The junk drawer is where obscure cables in my house go to die. My wife got fed up with the tangled mess and put them all in snack bags 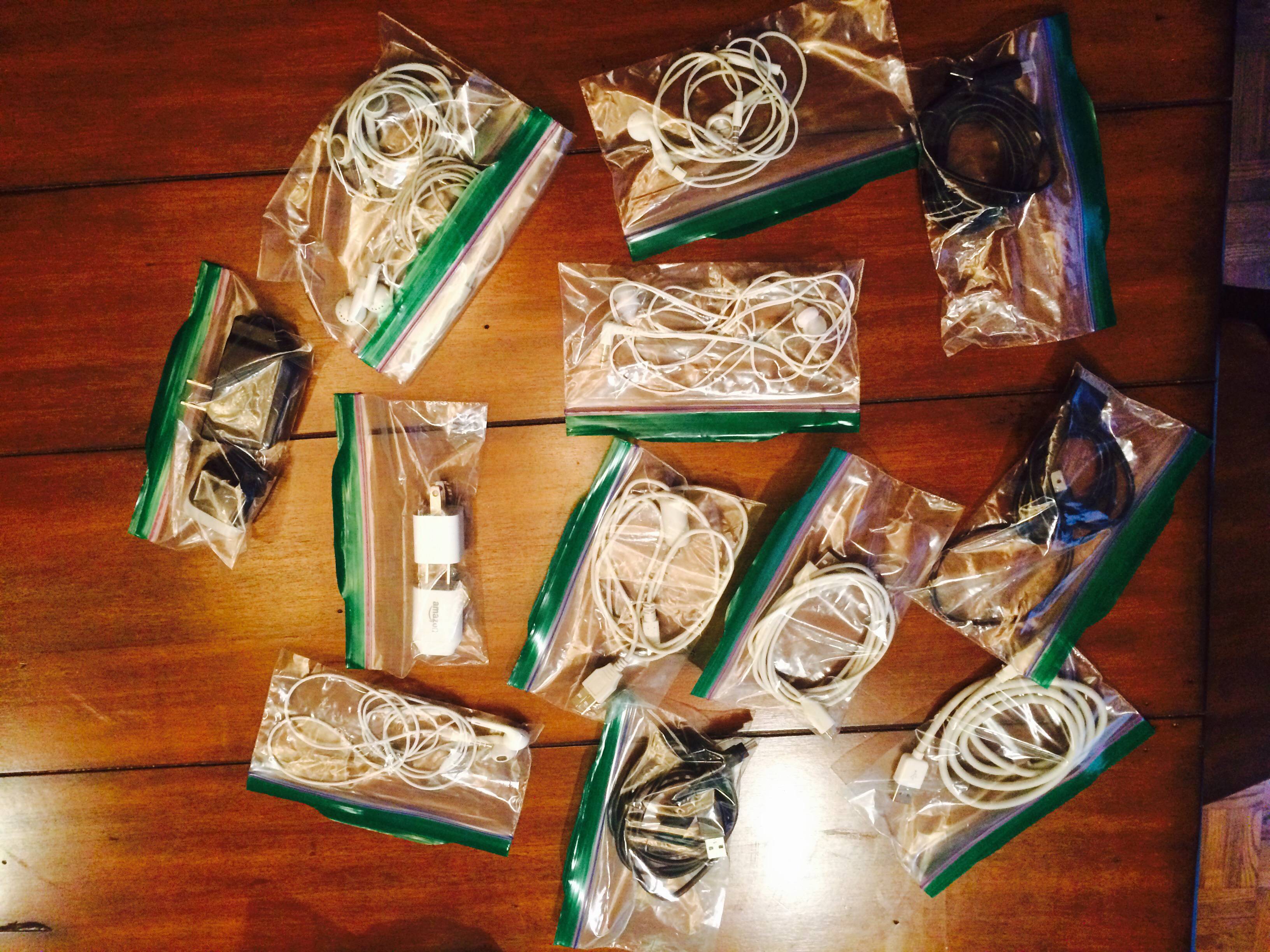 Genius? I think so.

I’m also testing out images on this blog. The free app CodeHub lets you upload images to github issues. I created an Images issue where I can easily post images from my phone. Then I just link to them here. No need to commit or push anything.

I don’t see any way to use the new git large file storage from my phone, but I’ll keep an eye on it.

How do you post images to your github pages